Interpretation of loops: a dispute between qualitative and quantitative modelers

Model from perspective of factor money 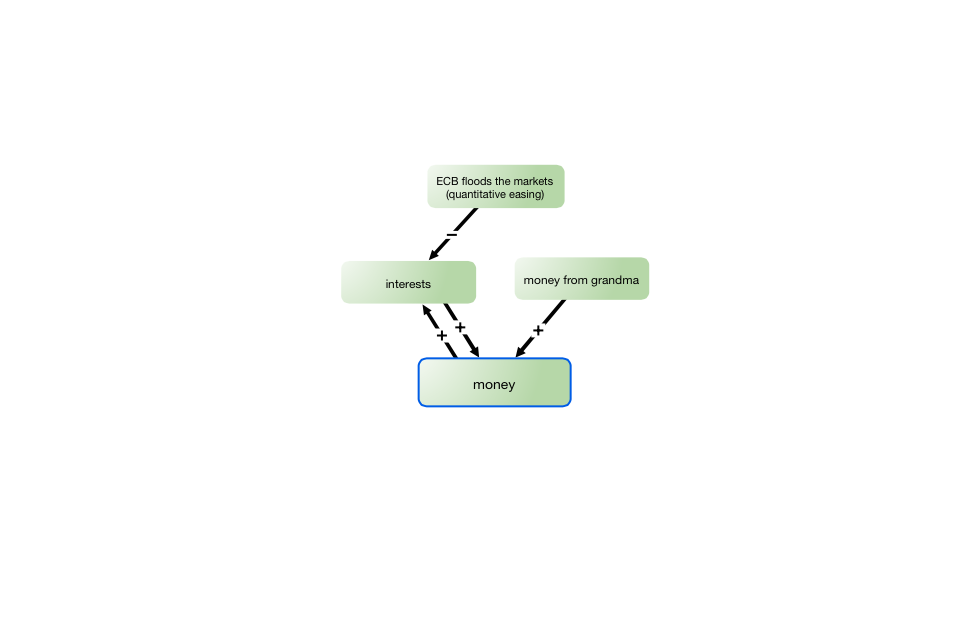 The model has one reinforcing feedback loop influenced positively by one factor, and negatively be another factor. If we now look at the factor "money" the question is whether we can say that the ECB measure leads to increasingly less money while money from grandma leads to increasingly more money.
Quantitative (system dynamics) modelers argue that you cannot say so because a stock (a stock in system dynamics is increased by inflows and decreased by outflows over time) of money is not decreasing, it would just increase less. Well, for a while now we (Consideo) have argued that qualitative models should be more than just mere visualizations as we know them from concept maps, CLDs or stock and flow diagrams. They should rather allow to analyze a qualitative model by qualitative means, similar to the cross impact matrix or the fuzzy cognitive maps (FCM). In a qualitative model we shouldn't look at quantitative changes of a factor nor explicitly at stocks.
The following slides show our unique Insight Matrix and a bar chart analysis.

BTW: it makes no difference whether a connection is translated into +/- meaning leads to more/less or into S/O meaning it goes into the same direction/the opposite direction. 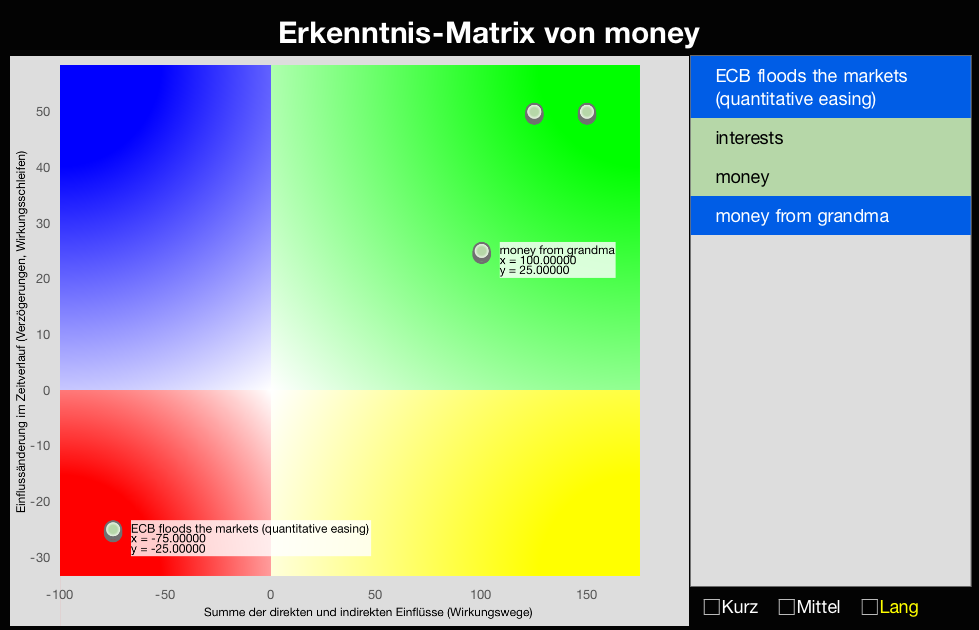 The Insight Matrix for the factor 'money' now shows an increasingly negative impact of the ECB factor and an increasingly positive effect of the money from grandma. That does not mean that an actual amount of money is lowered by the ECB factor. It just says that the effect is increasingly lower (hence qualitative) than the impact of other factors. In other word: without a decrease of interests you would have increasingly more money. But with a decrease of interests you would have less, and as less money means less interests that mean less money than otherwise and so on!
I have learned that for many scientific views this is part of a nonsense. They argue that we can only look at measurable facts and not fuzzy comparisons that depend on assumptions. Within the science society this is the dispute e.g. between qualitative social research or grounded theory and the rest, and in philosophy it is I think the positivism dispute.
However, we strongly argue for the use of qualitative models as neither singularities nor future developments nor when the consideration of many so called soft factors can be modeled based on empirical data and measurable factors. They can be modeled quantitatively, though, especially with the use of Monte Carlo simulations, but it takes a lot more efforts and at least the same number of mere assumptions as a qualitative model. F. Vester even argues that qualitative models are superior in this cases. I think they are way easier to be built and hundreds of models show how fine they work. 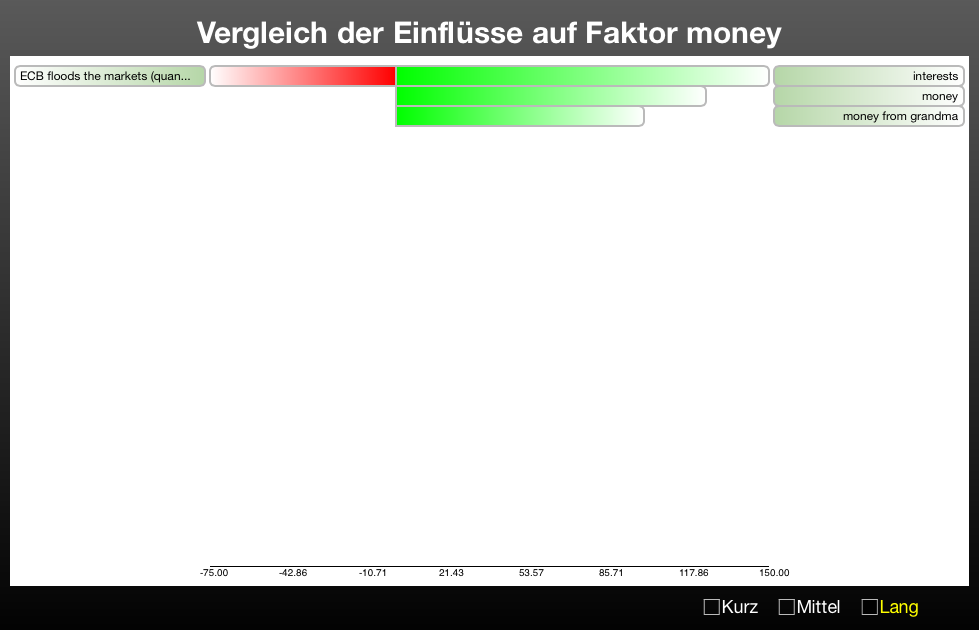 BTW: a business accountant could easily understand that less refers to the otherwise opportunity of more.